Last week, I was in an online meeting in which multiple people admitted rather apologetically that they are super enthusiastic and passionate about… well.. erm.. ‘standards’. And yes, ‘standards’ may not be the first answer you’d expect when asking someone about their favorite pastime at a birthday party. But actually, I think standards are really underappreciated.

The meeting that I was in focused on standardization for organs-on-chips. It was a workshop called ‘Organ-on-Chip: Putting Science Into Standards’ and was organized by the Joint Research Centre of the European Commission and the European organizations for standardization CEN and CENELEC. Hundreds of participants from the field of Organ-on-Chip participated – regulators, users, developers, engineers, biologists. We all came together because we have such a strong sense that standardization is needed for organs-on-chips to truly have societal impact. Standardization of cells, technology, protocols, reference compounds and data formats are all considered to be instrumental in promoting the further development of Organs-on-Chips and in ensuring their acceptance by users and regulators in pharma, food, consumer products and cosmetics.

What the workshop made clear to me is that standards are deeply human, in that they are always born by a collective urge from a community to agree on fundamental aspects of their field. People come together and go through the trouble of defining standards because they think they will collectively benefit through harmonization, innovation, trade and societal impact.

Moreover, standards can also reflect very interesting challenges in science and technology – for example, consider the century-long struggle to standardize the definition of a kilogram without having to rely on an arbitrary precious metal cylinder in France known as ‘Le Grand K’. Similarly, the workshop raised interesting technical-scientific questions for Organs-on-Chips. Is it possible to generate a standardized bank of cells and tissues that truly captures the full diversity of a population? And how do we define this diversity? Also, is it possible to define basic functions of Organs-on-Chips that can be standardized and freely combined to develop more advanced and complex systems? And how do we define such layers of abstraction?

I am excited to continuously contribute to the discussion on standards for Organs-on-Chips. Even more exciting is that I am also actively involved in the development, testing and implementation of Organ-on-Chip systems that explicitly take into account the need for standardization. For example, the ‘Translational Organ-on-Chip Platform (TOP)’ is a modular system based on community standards that allows researchers to freely combine various ‘modules’ such as organ-chips, sensor chips and pumps. By applying this standardized platform in our projects, I am continuously learning about organ-on-chip systems and their layers of abstraction while continuously finding new avenues for collaboration with others in the field. I am experiencing first-hand how standards can bring together multiple stakeholders to facilitate innovation and impact!

And so, I am definitely not ashamed to admit that I too am super enthusiastic about, yes, standards! 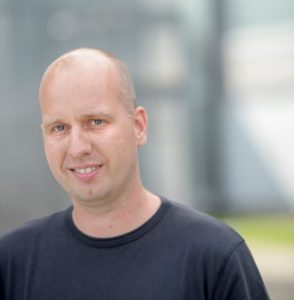